Jimmy Pinfield is a motion graphics designer and video producer. After graduating from Falmouth Art College in 2011 he has worked both freelance and for various organisations around Cornwall.

Growing up surfing he became interested in making short surf movies which he combined with his love for design, helping to employ a holistic approach to his creative work. In 2018 he won the short film category in the London Surf Film Festival for the movie ’Todd’. 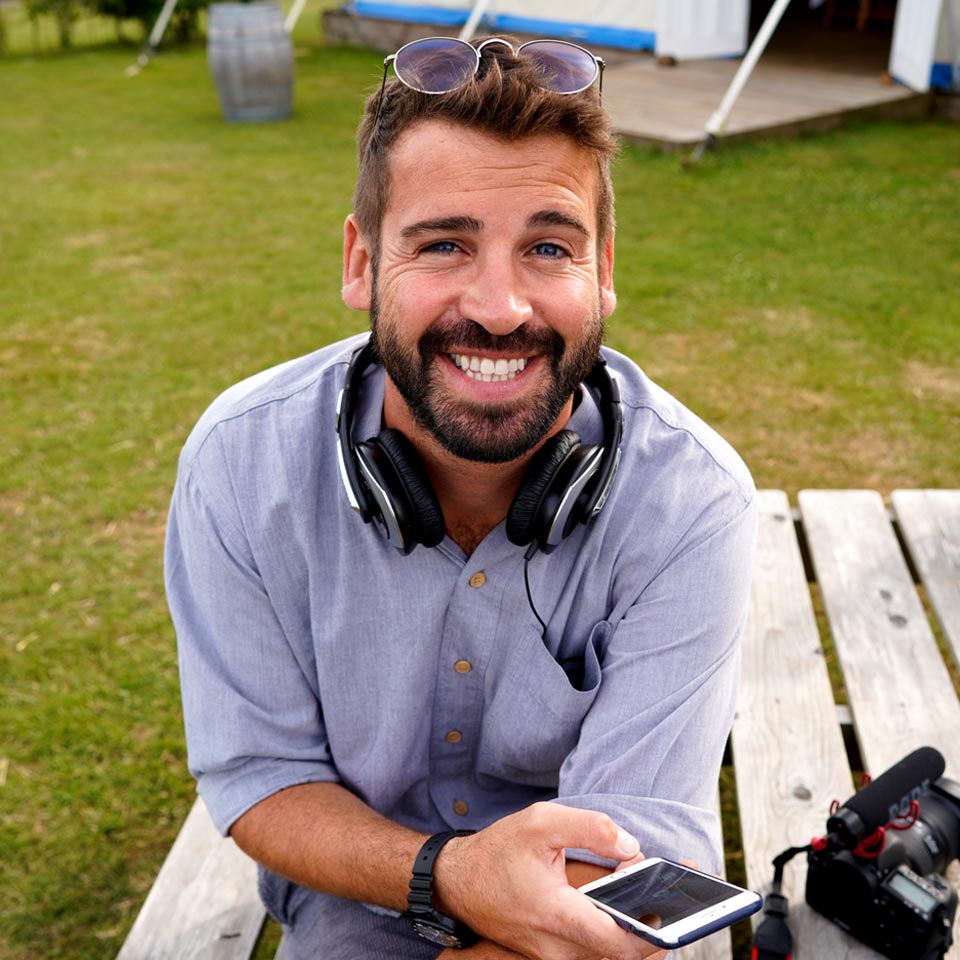 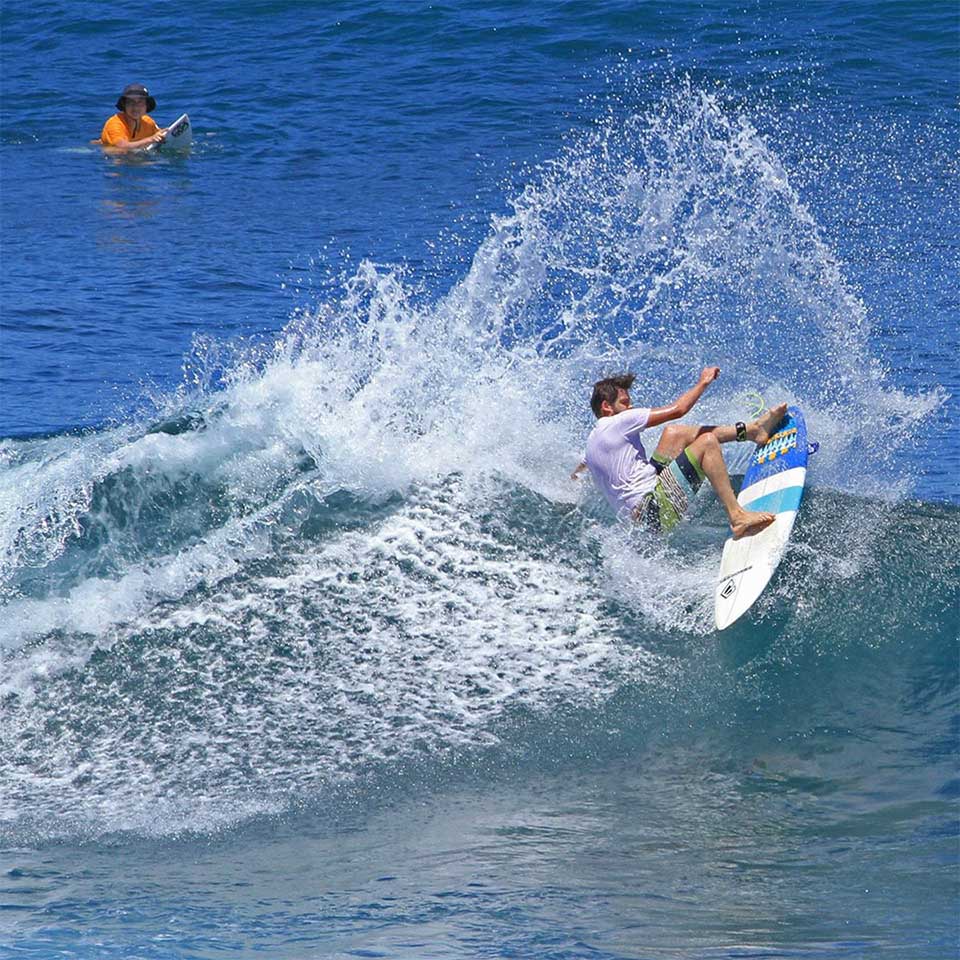 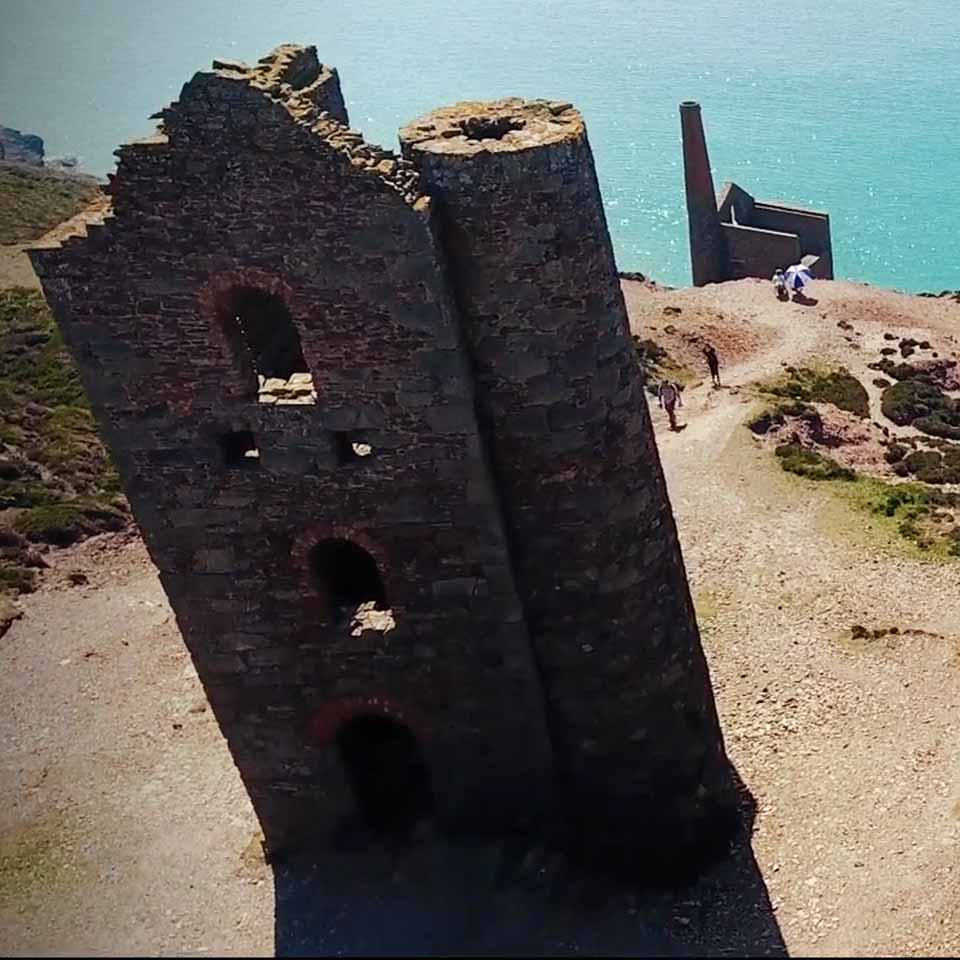 We grew up in the mine captain’s house of a long-abandoned Cornish copper mine. The granite building stood out stark on the skyline, whilst furze and brambles enveloped the old mine site until little was visible. And where nature might have failed the War Office succeeded, demolishing the engine house to confuse enemy aircraft during the Second World War. The house had plenty of space to play, but when our noisy exuberance got too loud – echoing through the empty rooms and gaps in the floorboards – our Mother would tell us “Get to the Shouting Place and come back when you’re quieter”. The Shouting Place was the spoil heap of waste from the old mine. It rose up a stony island out of the surrounding vegetation and a century after the last tailings were dumped still nothing would grow. But for us it was perfect. It was the highest point and we could see for miles – from Trevose Head to St Ives Bay, and from the spoil mountains of the Clay Country to St Agnes Beacon – but most of all we saw the limitless sky. We screamed and shouted and played and fought. We were kings of the castle and on top of the world. We watched a total eclipse from the Shouting Place. Day turned to night. Cows lay down to sleep and birds flew inland to roost. The mist and mizzle that had enshrouded us all morning lifted enough to witness a pale watery sun disappear behind a misty grey moon. It was the last time we went to the Shouting Place. By then we were beyond the age of childish squabbles. We had all grown up and moved on. But the memory of the Shouting Place would remain with us as that special place of limitless skies, where anything is possible if we all work together.

We use cookies on our website to give you the most relevant experience by remembering your preferences and repeat visits. By clicking “Accept All”, you consent to the use of ALL the cookies. However, you may visit "Cookie Settings" to provide a controlled consent.
Cookie SettingsAccept All
Manage consent

This website uses cookies to improve your experience while you navigate through the website. Out of these, the cookies that are categorized as necessary are stored on your browser as they are essential for the working of basic functionalities of the website. We also use third-party cookies that help us analyze and understand how you use this website. These cookies will be stored in your browser only with your consent. You also have the option to opt-out of these cookies. But opting out of some of these cookies may affect your browsing experience.
Necessary Always Enabled

Performance cookies are used to understand and analyze the key performance indexes of the website which helps in delivering a better user experience for the visitors.

Analytical cookies are used to understand how visitors interact with the website. These cookies help provide information on metrics the number of visitors, bounce rate, traffic source, etc.

Advertisement cookies are used to provide visitors with relevant ads and marketing campaigns. These cookies track visitors across websites and collect information to provide customized ads.

Other uncategorized cookies are those that are being analyzed and have not been classified into a category as yet.